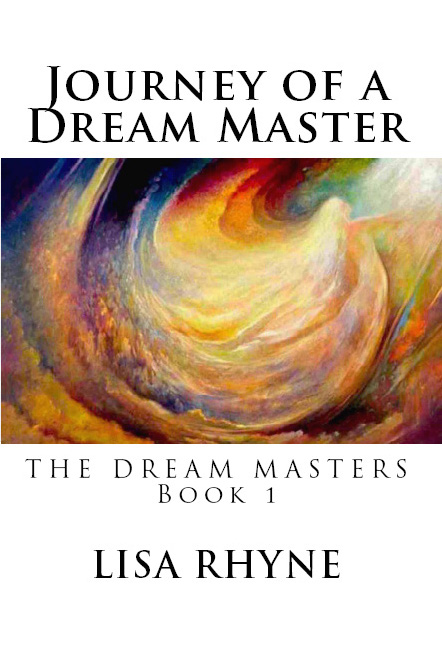 On the 5th anniversary of the publishing JDM, I want to share “the story behind the story” of “Journey of a Dream Master“.

I felt compelled to do this because I didn’t want to die with my stories still in me. I ended up self-publishing because every publisher and editor I spoke with couldn’t believe the all the stories and wanted me to heavily edit all the “crazy supernatural stuff” out. These are TRUE stories! So I simply published it myself rather than try to make them comfortable. Their limitations are not my concern.

The severe head trauma (and all the subsequent heavy doses of pain medications) made me severely dyslexic and I suffered white outs frequently. I also had episodes of “word salad” that is now gone. The dyslexia is still present but greatly reduced. I continuously work on my healing.

The fact that I wrote, edited, and published this book is a miracle. I felt pushed to get it out on that birthday because, quite frankly, at the time I thought I was going to die soon and I wanted to leave some record of a few of my life experiences.

I pulled this from publication in 2021 as I’ll be combining the 3 books into one. So this little book is a limited edition collector’s item.  We’re  working on a great publishing deal with a major book publisher. Stay tuned for updates!

the story behind the story of “JOURNEY OF A DREAM MASTER”

It has been 5 years since my writing/editing/self-publishing my book, “Journey of a Dream Master: The Dream Masters – Book 1,” I want to share some of my thoughts and insights about this journey as most have no idea about any of what follows because it has never been publicly revealed until now. Certain family, friends and peers know but I wanted to share it here with anyone else that may be interested.

As those who know me will attest, I tend to never ask for help and feel “the show must go on” so I struggle and persevere in silence as not to be a burden to anyone. I went from being labeled by medical “experts” as “permanently disabled” to writing, editing and publishing my first book in 2016. Not too shabby!

There is a very good reason for the way my book was written – including the errors. The traumatic brain injury and stroke (resulting in crippling migraines and massive doses of heavy medications – including Dilaudid), is reflected in the official trial deposition taken in late 2013 reflects what my life had become as it was incoherent (word salad), full of unfinished sentences, blanks, and complete whiteouts where I lost my train of thought and couldn’t talk or think straight (my brain was severely scrambled & heavily drugged).

Between October 2008 and 2014, I spent the majority of my time in bed, hospitals, emergency rooms, and doctor’s offices as well as a lot of time working with my traditional Shamans and “healer” friends all over the world. I couldn’t always work a regular job, drive or even do many basic things I used to take for granted. Sometimes I couldn’t finish basic sentences let alone compose stories for a book. I still struggle and my words are jumbled sometimes (so you may see typos on this website!). But I pushed on, wrote when I could and have healed far beyond all their expectations. (And as you know from my book, I truly love proving the White Coats wrong!)

So, today while reflecting on all this, I thought I’d share some background as well as my top 3 reasons for writing this trilogy:

1.) I LOVE STORYTELLING – DON’T DIE WITHOUT TELLING SOME OF MY TRUE STORIES

Humans have always been storytellers and I’m no exception. Stories transport us, teach us, entertain us and transform us in many ways on many levels. I love great stories! I am and always have been a storyteller who enjoys sharing stories with all who are interested.

I set out to write authentically about my life, my truths, experiences, as well as pose some of my many random questions and ideas. The few editors and publishers I initially consulted and shared some of my content with all wanted me to change vital elements and delete certain stories because of their B.S. (Belief Systems). They’re uninitiated in the supernatural / metaphysical / mystical / paranormal / whatever-you-want-to-call-it. They couldn’t understand or accept certain things. I don’t judge them as they’re on their own journeys. I’m on my “Journey of a Dream Master” and they’re on their “Journey of an Editor (or whatever)”. I was not willing to lie or downplay my life or sacrifice my integrity because of someone else’s limited beliefs and inexperience. I was going to write it my way or not at all – perfect spelling and grammar be damned! Finished is better than perfect. So that is exactly what I did.

3.) TO PROVE ONLY TO MYSELF THAT I COULD

I’ve said it before and I’ll say it again. I did not believe ANYONE would ever buy or read my book. Seriously, why in the world would anyone care about me and my experiences? I wrote it only for myself to prove I could and to leave some sort of record of my little life. Then I made it available just in case anyone else wanted or needed to read what’s in it. All the wonderful reviews, fan photos, interviews and private messages have just been…far beyond words. It has been surprising, utterly amazing, humbling, and extremely gratifying. Thank you all for your love and support.

Several “medical experts/specialists” mutually agreed (after a tremendously staggering amount of due diligence over a few years in a lawsuit) that I would be permanently disabled and never be able to do work as a paralegal or creative writer ever again. (Which is the same as telling me I can’t do something…which, of course, means I’m gonna do it.)

As a point of interest, I wanted to share just a few bits from one of those many doctors involved with my care after the accident. He and all the other doctors came to the same final conclusion at the end. Below is a small portion of his 79-page deposition. There is a lot more but this is enough to give you some small idea what I went (and still am going) through and how far I’ve come.

Q. Can you review for the jury what your exam consisted of and what your findings were.

A. Well, I noted that her blood pressure was 218 over 134 on that day, which is quite high. Her highest recorded blood pressure (on more than one occasion) was 229 over 196.

She had suffered a closed head injury followed by the development of post traumatic migraine which became severe, frequent, and disabling.

She also developed hypertensive urgency from autonomic dysfunction I felt resulting from her head trauma. And I thought this was the result of dysregulation of her bilateral orbital frontal cortex which is an area which promotes parasympathetic activity and inhibits sympathetic activity. This dysregulation causes a cortically provoked release of adrenomedullary catecholamines, epinephrine and norepinephrine.

What that essentially means is that there’s an area of the brain that I felt sustained trauma, and it’s called the orbital frontal cortex. It was a sufficient enough blow to cause a malfunction of that region of the brain. And it has dual action, that orbital frontal cortex; it promotes parasympathetic activity which tends to slow the heart rate and lower the blood pressure and inhibits sympathetic activity. And sympathetic activity, if you don’t inhibit it, causes an increased release of catecholamines which are substances like epinephrine and norepinephrine released by the adrenal gland, and causing surges in blood pressure.

The American Medical Association committee person has a certain percentage impairment rating, it’s based on certain criteria that are listed in the AMA Guides For Permanent Impairment.

And the one that we use now is the AMA Guides To Permanent Impairment, Sixth Edition, which has been in use since January of 2008.

I felt that she had the maximum. Her headaches were so frequent, so disabling that she qualified for the maximum allowable impairment by the AMA Guides, Sixth Edition, for migraine headache which would have been 5 percent.

Q. Her diagnosis that you’ve made definitively is that she has migraines; right?

A. She does have migraines, yes. Migraines that are disabling. And it’s not just me. You know, Dr. #9 [NOTE: there were 12 doctors/specialists and they were simply numbered #1-12] had seen her as well, and he prepared a report, and found that her pain disability questionnaire score was 113 which places her, based on the AMA Guides To Permanent Impairment, Sixth Edition, placed her in the severe impairment due to migraine.

Q. I understand that you believe she may qualify for an additional impairment as well?

Q. Will Ms. Rhyne require future medical treatment as a result of the injuries she received?

Q. Do you believe that Ms. Rhyne has limitations related to her job as a result of the migraines?

A. Yes. Whenever she experiences a disabling migraine, she’s unable to function that day. In my medical and expert opinion, she is permanently disabled as a result of the accident and will, in all likelihood, never be able to resume working in her area of expertise which, to my understanding, is as a paralegal and creative writer.

I actually became friends with my cardiologist. Interestingly, after the lawsuit was completed (which I won!), on my last visit with him I thanked him for all his help, smiled, looked him square in the eye and told him in no uncertain terms, “Thank you for all you’ve done for me. I appreciate your help and expert opinion submitted in the case…but you do not know me and I am going to be just fine.” He really took that in and after seeing how congruent I was with what I’d just said, there was a long pause then he smiled and said, “I believe you!”

I think the reason he believed me is because I was truly was completely congruent with what I was saying; and, earlier during my final evaluation, he’d compared all the tests, scans, images, etc. that he had personally performed from start to finish.

As he reviewed everything, a bit astonished, he said my heart had become more than double the normal size over the course of the treatments from 2008-2014 (due to the extreme high blood pressure basically building up that muscle – it went from normal to being like an Arnold Schwarzenegger of hearts).

He said that hearts “do not return to normal without some signs/scars of the trauma” but mine had not only returned to “normal” but there was no indication whatsoever of any trauma. He was completely baffled and said that if he hadn’t done all the tests himself and kept his records there at his office, he would swear someone has switched the results because it looks like results for 2 completely different people. As soon as I published my book, I made sure he knew so he could see what other “impossible” things I like to play with.

Geeze, this almost turned into a book itself rather than a brief birthday post! I just wanted to share the importance and significance of what my little book means in my continuing Journey of a Dream Master. Thank you so much for all the love. Thank you for buying, reading, reviewing my book as well as sharing your photos and stories with me. I’m looking forward to publishing and producing more of my projects as well as looking forward to getting out more and seeing you soon!!