an overview of the “clairs” 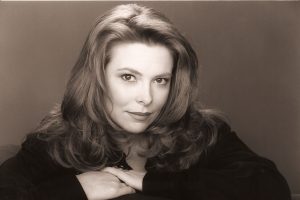 In the field of parapsychology, clairsentience is a form of extra-sensory perception wherein a person acquires psychic knowledge primarily by feeling. The word is from the French clair, “clear,” + sentience, “feeling,” and is ultimately derived from the Latin clarus, “clear,” + sentiens, derived from sentire, “to feel”. In addition to parapsychology, the term also plays a role in some religions. For example: clairsentience is one of the six human special functions mentioned or recorded in Buddhism. It is an ability that can be obtained at advanced meditation level. Generally the term refers to a person who can feel the vibration of other people. There are many different degrees of clairsentience ranging from the perception of diseases of other people to the thoughts or emotions of other people. The ability differs from third eye in that this kind of ability cannot have a vivid picture in the mind. Instead, a very vivid feeling can form. Psychometry is related to clairsentience. The word stems from psyche and metric, which means “soul-measuring”. The psychic reception area for Clairsentience is located in the solar plexus.

In the field of parapsychology, clairaudience [from late 17th century French clair (clear) and audience (hearing)] is a form of extra-sensory perception wherein a person acquires information by paranormal auditory means. It is often considered to be a form of clairvoyance. Clairaudience is essentially the ability to hear in a paranormal manner, as opposed to paranormal seeing (clairvoyance) and feeling (clairsentience). Clairaudient people have psi-mediated hearing. Clairaudience may refer not to actual perception of sound, but may instead indicate impressions of the “inner mental ear” similar to the way many people think words without having auditory impressions. But it may also refer to actual perception of sounds such as voices, tones, or noises which are not apparent to other humans or to recording equipment. For instance, a clairaudient person might claim to hear the voices or thoughts of the spirits of persons who are deceased. In Buddhism, it is believed that those who have extensively practiced Buddhist meditation and have reached a higher level of consciousness can activate their “third ear” and hear the music of the spheres; i.e. the music of the celestial gandharvas. Clairaudience may be positively distinguished from the voices heard by the mentally ill when it reveals information unavailable to the clairaudient person by normal means (including cold reading or other magic tricks), and thus may be termed “psychic” or paranormal.

The term clairvoyance (from 17th century French with clair meaning “clear” and voyance meaning “vision”) is used to refer to the ability to gain information about an object, person, location or physical event through means other than the known human senses, a form of extra-sensory perception. A person said to have the ability of clairvoyance is referred to as a clairvoyant (“one who sees clearly”). This is when you have visions, see images, still or moving on the inner screen of your mind. Your eyes may be open or closed. This also includes; seeing auras, Angels, apparitions, etc. Clairvoyance is when you can see beyond the physical. The psychic reception area for this sense is located in the centre of the forehead. (The third eye).

In the field of parapsychology, claircognizance [presumably from late 17th century French clair (clear) and cognizance (< ME cognisaunce < OFr conoissance, knowledge)] is a form of extra-sensory perception wherein a person acquires psychic knowledge primarily by means of intrinsic knowledge. It is the ability to know something without a physical explanation why you know it, like the concept of mediums. Having knowledge of certain places, people or situations without having the information to know. This can be premonitions. (this can sometimes be related to Dreams) The psychic reception area for Claircognizance is located on the top of the head (crown chakra)

In the field of parapsychology, clairgustance is defined as a form of extra-sensory perception that allegedly allows one to taste a substance without putting anything in one’s mouth. It is claimed that those who possess this ability are able to perceive the essence of a substance from the spiritual or ethereal realms through taste.

Also known as clairescence. In the field of parapsychology, clairalience [presumably from late 17th century French clair (clear) and alience (smelling)] is a form of extra-sensory perception wherein a person accesses psychic knowledge through the physical sense of smell.

“Lisa has helped me recognize the fullest potential of my dreams. With her assistance I’ve been able to steer my life in ways totally unimaginable to me before. She’s managed to perfect the balance of having a maternal, caring nature with a no-nonsense spin like only a true Southern girl can. I can say with all certainty that my entire life changed after meeting her. Lisa is much more than just a visionary — she’s a Master at manifesting.”
Aliya Ewing

The Dream Masters® companies which include META-MATE®, META-CON® and SOULutions Sessions® trademarks are all copyright protected.