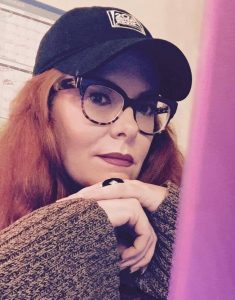 For all photos,
please see the
Photo Galleries Page

Listen to the infamous telephone interview where Lisa was in Nashville speaking to an Australian podcast.
She crashed their system with her energy.

“I energetically “zapped” their system (my bad) towards the end of my segment!! So some of it has been edited out. I’d warned Rusty upfront that this happens all the time.”
~ Lisa Rhyne

Rusty’s comments about the energy surge:

An enthralling hour but was it Lisa, who has a history of zapping electronic gear, that sent our stream into a spin, causing batteries on our video camera and mobile phone to go flat?” 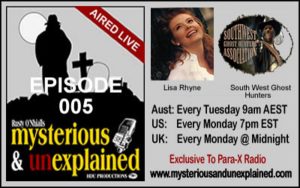 Lisa Rhyne was born with many gifts and has continuously studied metaphysics (in many forms), all major world religions, and virtually every type of spiritual healing systems and techniques including her training as a Shaman by teachers from all over the world.  She is a published author, world-renowned transformation facilitator (“healer”), revisionist, and the evolutionary who founded and owns The Dream Masters® companies which include META-MATE® and META-CON®.

Her work as a professional writer, consultant, producer, actor, singer and music composer in the entertainment industry combined with her innate metaphysical abilities and extensive training takes her all over the world to work with individuals as well as groups interested in learning and participating in the advancement of human evolution through the alchemy of transformation and storytelling.

As an executive producer, producer, and/or writer, Lisa has several projects currently in development including these hot properties: The Anne Morrow Lindbergh docu-series project which she has exclusive life and literary rights granted from the Lindbergh family. The Alchemy of Acting (series and a book collaborating with Lisa’s friend the famed celebrity photographer Andy Gotts, MBE as well as the book by the same title which is an acting technique manual). The Spiritwalker trilogy (based on the books by Hank Wesselman, Ph.D.). These are a few of the 30 projects currently in development with The Dream Masters Companies. 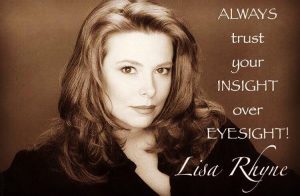 Lisa also works for The Walt Disney Company in the 20th Century Studios – Feature Film Legal Affairs Division.  She has been featured on many programs including The Oprah Winfrey Show, appeared with Hank Williams, Jr. in his big comeback Monday Night Football video, was a guest correspondent on A Current Affair, as well as a featured guest on numerous talk, shows such as The Phil Donahue Show, Eye to Eye with Connie Chung, The Maury Povich Show and CNBC’s America’s Talking.  You can see more on her IMDB page. 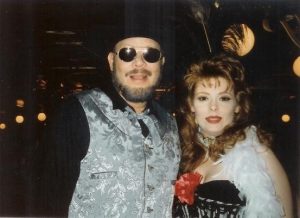 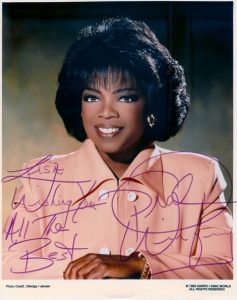 Lisa has clients and has lectured/taught all over the world. She is recognized by and has studied with, some of the greatest scientific minds, shamans, metaphysicians, and healers of our time. Some of her areas of expertise, training, and teaching certifications include hypnosis, Ericksonian hypnosis, neuro-linguistic programming (NLP), PSYCH-K, various sound, light and art therapies, advanced remote viewing, multiple energetic healing modalities and much more.

She was born on Sacred Native American lands near the  Cahokia Mounds which was designated a National Historic Landmark in 1964, and is listed on the National Register of Historic Places in 1966. This is one of the World Heritage Sites in the U.S. designated by UNESCO. She grew up in a tiny farm town of about 400 people out in the cornfields of North Salem, Indiana until she went to college. 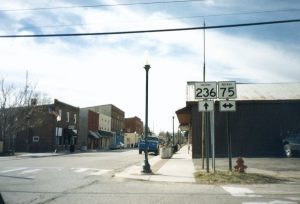 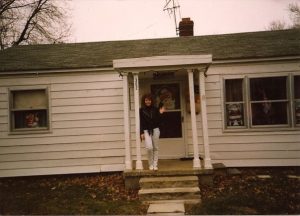 Lisa’s thirst for knowledge, curiosity, high IQ, and propensity to speak her mind led to good grades, great boredom, and trouble with authority figures, especially in school. This free spirit was (and still is) resistant to the institution of traditional schools because they do not honor or cultivate individualism. She was an honor student and received several scholarships and grants.  She chose to go to Ball State University. Lisa did the work equivalent to two degrees in four years receiving a Bachelor of Science degree in Telecommunications (writing / directing / producing for film/TV/radio) with a minor in Theatre (emphasis on producing and directing). 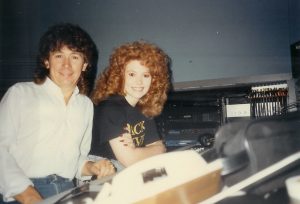 She also worked for a major in sound engineering with a minor in applied physics. She didn’t get the formal certification because she skipped the first two years of the basics and jumped straight into the junior levels of applied physics, music composition, and sound engineering.
All the knowledge without wasted time, money and paperwork! 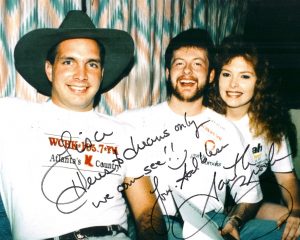 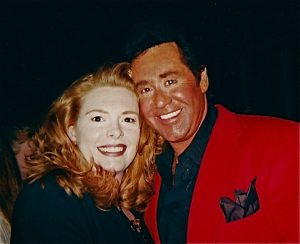 Upon graduation, Lisa moved to Nashville, Tennessee. First doing an engineering apprenticeship at Ronnie Milsap’s studio and then working for an independent record promoter. She has been a promoter, songwriter, consultant and worked with the biggest names in entertainment including Garth Brooks, Dolly Parton, Willie Nelson, The Highwaymen, Crosby Stills Nash & Young, Shenandoah, Bill Monroe, Vince Gill, Rodney Crowell, Roseanne Cash, k.d. lang, Asleep at the Wheel, Lyle Lovett, Dwight Yoakam, Chaka Khan and many many more. She then moved to New York City and later to Los Angeles to pursue her own career interests, which included numerous acting, modeling, and singing projects as well as voiceover and demo work. 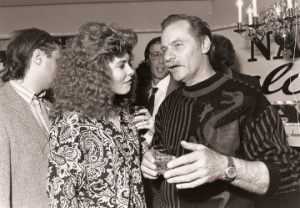 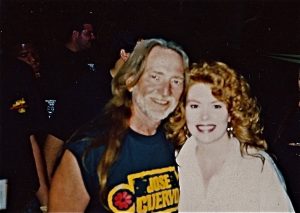 Sometimes it is hard to get a good photo of Lisa because there are lights, orbs, streaks of light, rainbows, and other paranormal things happening. Depending on the emotional state she’s in, all sorts of things can show up in photos. She also tends to short out electronic devices and go through cell phones on a regular basis. Growing up, her mom kept buying new cameras because she thought there was something wrong with all of them. She threw out dozens of unusual photos that had these anomalies in them because she didn’t realize what was actually going on. 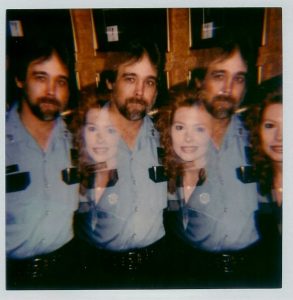 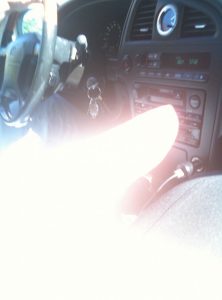 A NOTE FROM LISA

I laugh when people tell me ‘no’ or I can’t do something! (See #15 on Lisa’s List from Journey of a Dream Master. ) If I listened to all the many naysayers, I would never have attended college, never done things like by on The Oprah Show or teach in Australia! I’d still be out in the cornfields in North Salem, Indiana doing absolutely nothing with my life (not that there’s anything wrong with that!). I would’ve gone utterly mad by now. Fortunately, I’ve always followed my heart and it has led me on an amazing rollercoaster ride this time around. So, I simply ignore people who tell me ‘no’ and keep moving forward.

A guru or expert I am not. What I am is a wildly curious student of life and all things mystical and magical. I know humans have not reached their full potential. There is so much still unknown…and yet, there is much known by many and has been available to all for centuries worldwide.

Many say I was born an artist while others say I’m a healer.  I don’t like labels nor do I see the limits some tend to focus on. I especially don’t like the label ‘healer’ because it implies I am controlling someone else’s reality and can ‘fix’ something that is ‘broken’ or ‘wrong’ as they are experiencing it in the moment. It also implies someone is not at cause or in control of their life – that they are a victim – whether it be a victim of circumstance, a disease, their parents, an accident or whatever.

The reality you are seeing is a direct result of the thoughts and choices you have made and are making in every given moment. We are always at cause and free to choose something else. There is simply transformation and evolution into the next moment and then the next moment. I choose to participate and facilitate transformations in any way possible in each given moment. Ultimately, it is going to be a choice on that person’s part whether or not they want something else – whether it be good health, wealth, better relationships, etc. – and how fast they get it. That is empowerment at its best. Change happens in an instant. It is the decision to change that can take a lifetime. I wrote about this in my book, “Journey of a Dream Master” and I’ll be writing more about this soon.

I do my best to be an original voice, not an echo – to create and not simply regurgitate what has already been done. Yes, many consider me a healer and visionary because of the transformational work I’ve done since I was a small child. (I truly hate labels but those seem to be used the most.) I consider myself an eternal student of all things metaphysical and spiritual.
I am now and always will be a work in progress.

Humans have always been “storytellers” and history has clearly shown this from the ancient cave wall drawings and petroglyphs to all the writings, art, and stories we have today.

We are at an exciting time in history where we have more opportunities to tell stories via multiple platforms worldwide. The ravenous demand for content is creating endless possibilities. I am happier than ever with what’s happening now and all that’s on the near horizon.

The Dream Masters® companies which include META-MATE®, META-CON®  trademarks are all copyright protected.